So, it all started properly back on 1992 with the purchase of LKE289V, a recently imported 1979 Fiat 124 Spider 2000. Imported from California, the mileage was pretty low and the body sound. 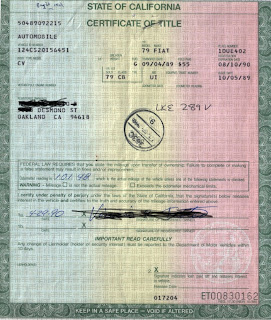 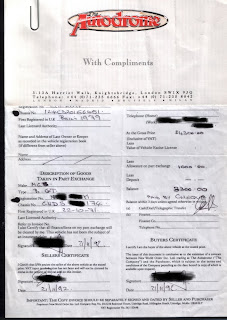 The seed was sown a few years previously when I was living in West London and used to spend ages checking out any I saw parked up or cruising down the Kings Road in Chelsea.
The superb Pininfarina coachwork was the thing that hit me first. 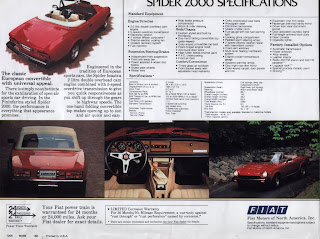 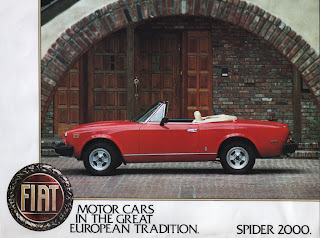 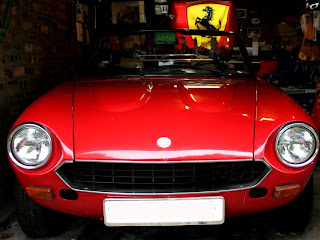 So, here we are today. This is the start of the road to being, well, back on the road after several years of shameful neglect. 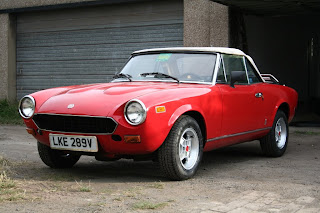 Last change was a new set of CD30 Alloys with new Pirelli rubber. 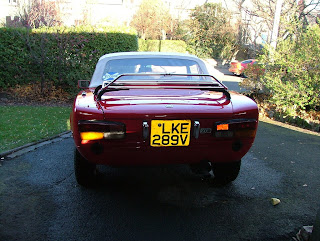 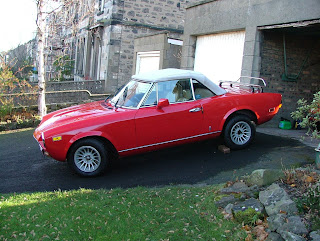 And here minus huge American bumpers - sorry, no offence intended but these were meant for the US market only. 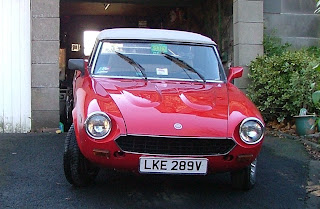 So, one black mirror and one red? What's that all about?
So the rules in the UK are that after 1978 you need a mirror on both sides and I had to  get this on PDQ to get the car legal again

Hmmm, nice wheels...rear end looks more like a monster truck now though minus those big bumpers - mental note to get some shorter springs :-) 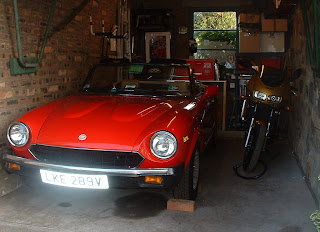 Ah, now, spot the difference...yep you got it - these are the big, huge, American bumpers which HAD to go! 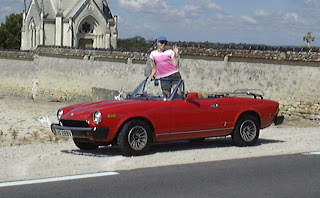 En-route to Magny Cours for the F1 GP. Yep another Schumacher victory - see how low the rear is sitting with the bumpers fitted! 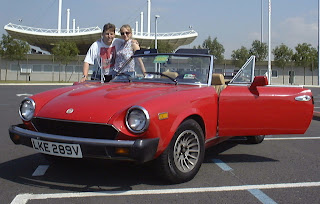 And on the way home via the Eurostar. 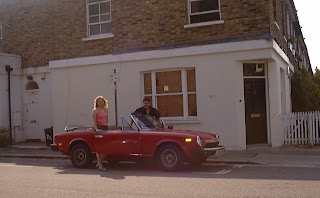 Stop off @ the flat in London. 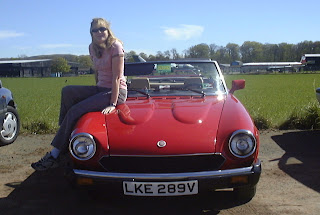 Aeros and Autos at the Museum of Flight in East Lothian 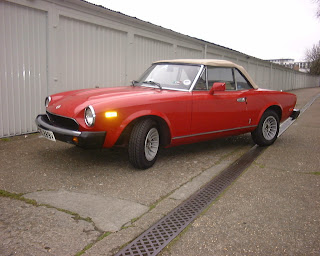 Outside the lockup in West London. 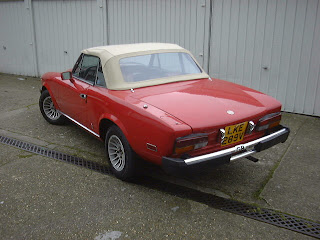 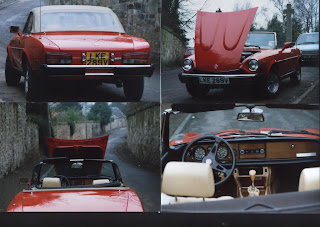 Some shots taken back in 92 just after I bought it. 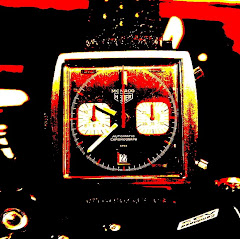 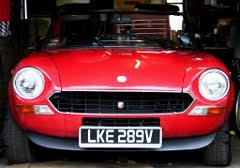